Born in the Netherlands and raised in Canada, Nadina developed a love for the outdoors and a commitment to conserving nature from a young age. Reading works by Jane Jacobs and James Howard Kunstler as a teenager, she questioned the imbalance between nature and the encroaching urban sprawl she saw in suburban Canada.

As an ecological engineer, driven by a love for ecology and a fascination with technology, she researches, designs, and pilots emerging technologies to build better urban ecosystems for people and nature. A framework she calls the “Internet of Nature”. The framework uses the latest technology sensors, satellite imagery, and computer algorithms to represent green spaces as data sets that help urban ecologists and planners better understand and improve urban ecosystems.

Nadina's work has been recognized by companies such as National Geographic, Forbes, The Next Web, Newsweek, ELLE, and the European Space Agency. And she is an inspirational speaker that has had the honor of going on the TEDx stage. The different nature of the achievements made it hard for her to consolidate them under one personal brand.

Build a personal brand for an Ecological Engineer

Nadina met Maja when she asked for information about Maja's training: build a personal brand. She immediately understood that as an entrepreneur, her biggest asset was her reputation. Nadina had a clear idea of what she wanted to be known for professionally. She knew her clients, what they struggled with, and how she could help solve their problems. All she needed was the design and words to drive the message home.

Elena got working on an original design concept that needed to overcome two design challenges. One, create a visual representation of the connection between the internet and nature. And two, combine Nadina’s young, modern character with her brilliant academic achievements. The design needed to make Nadina come across as both approachable and professional. 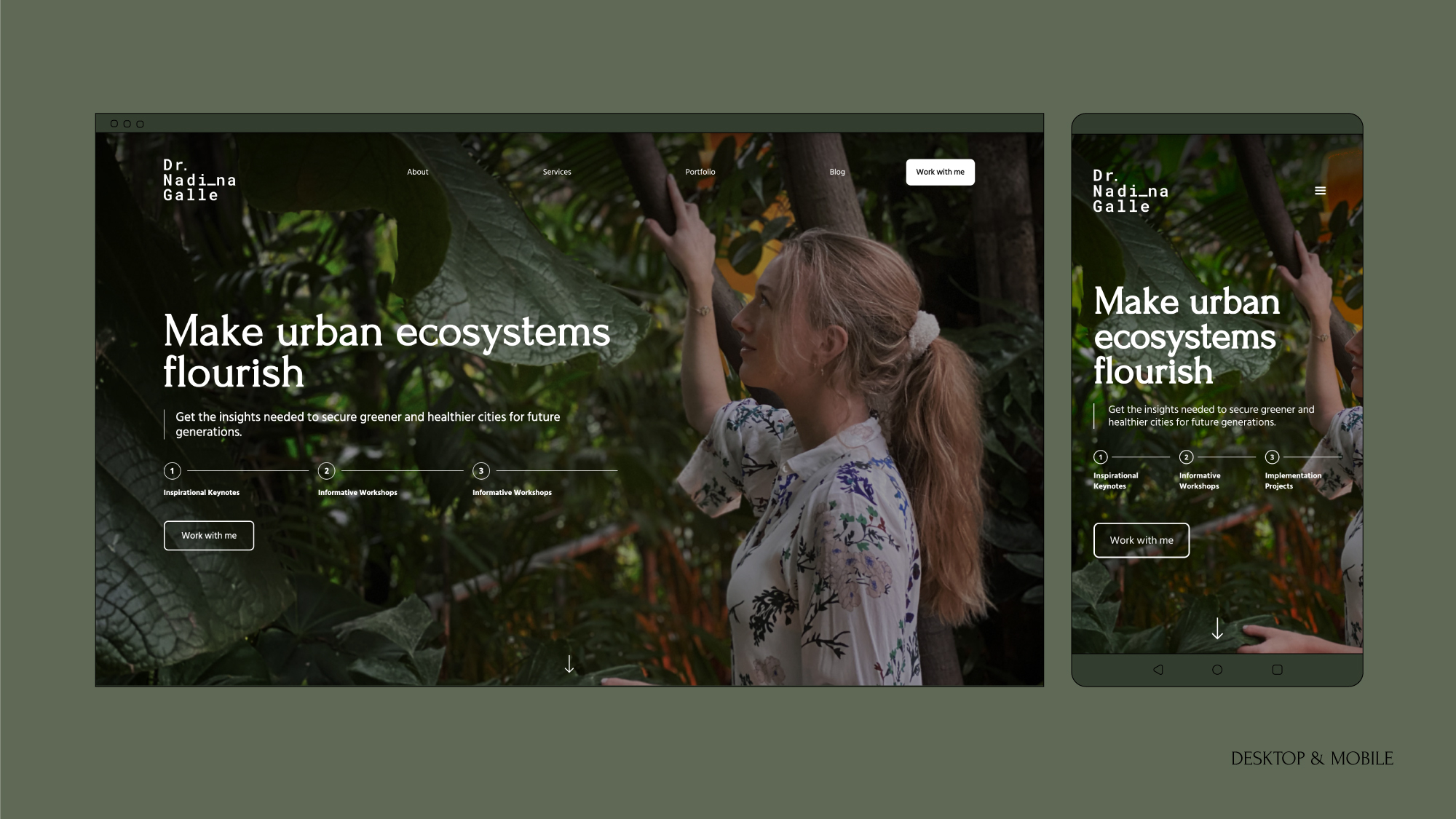 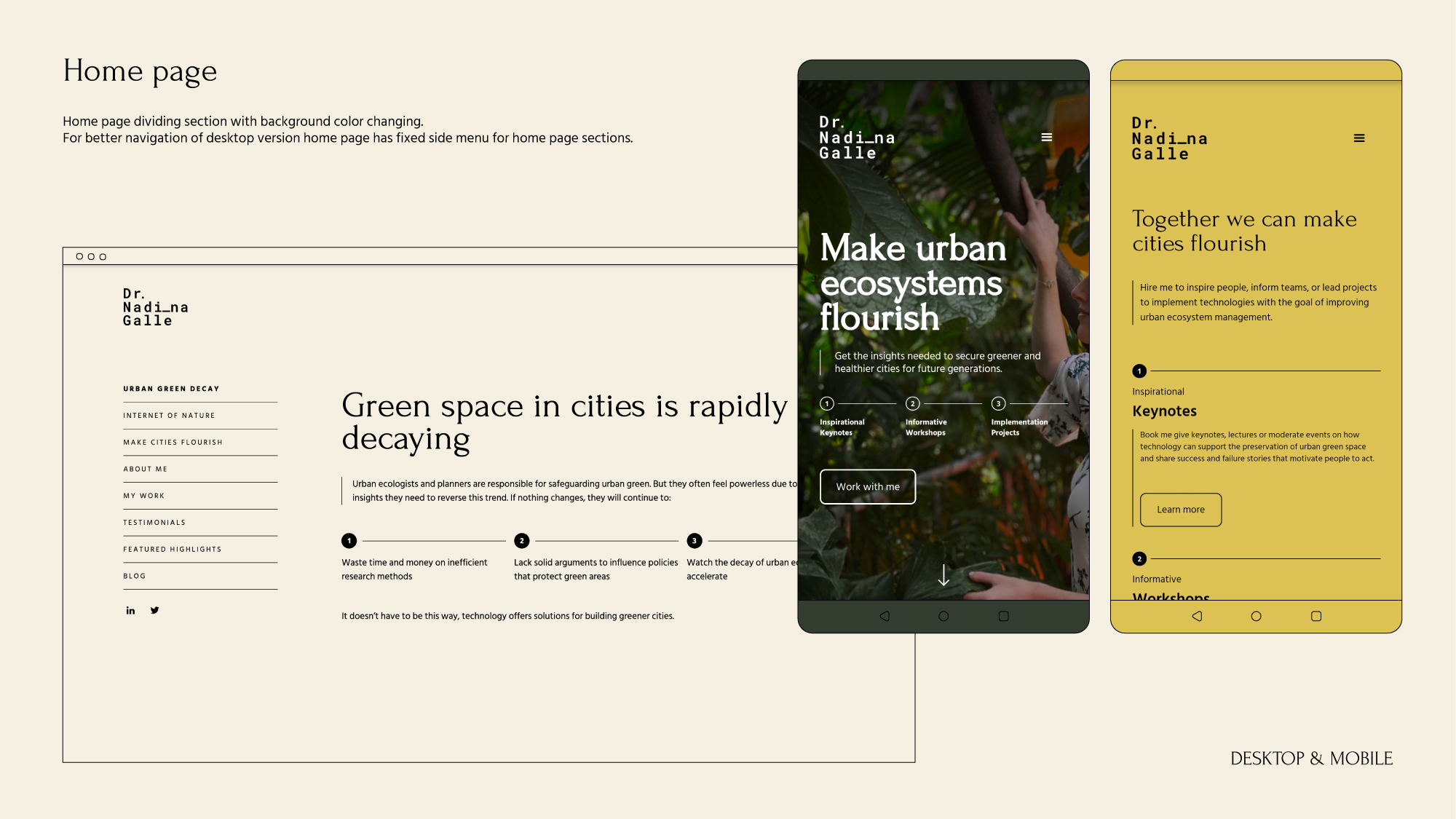 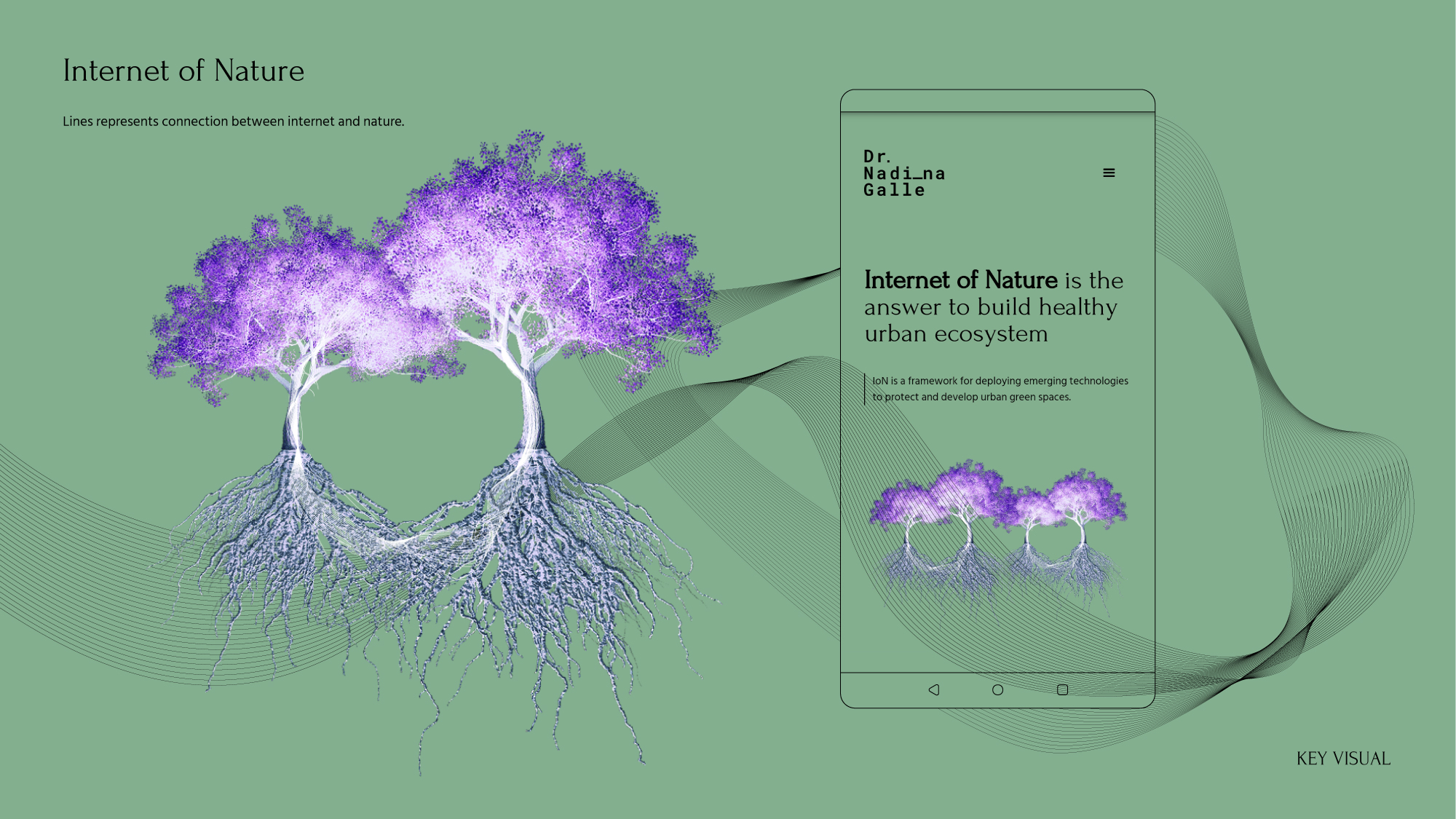 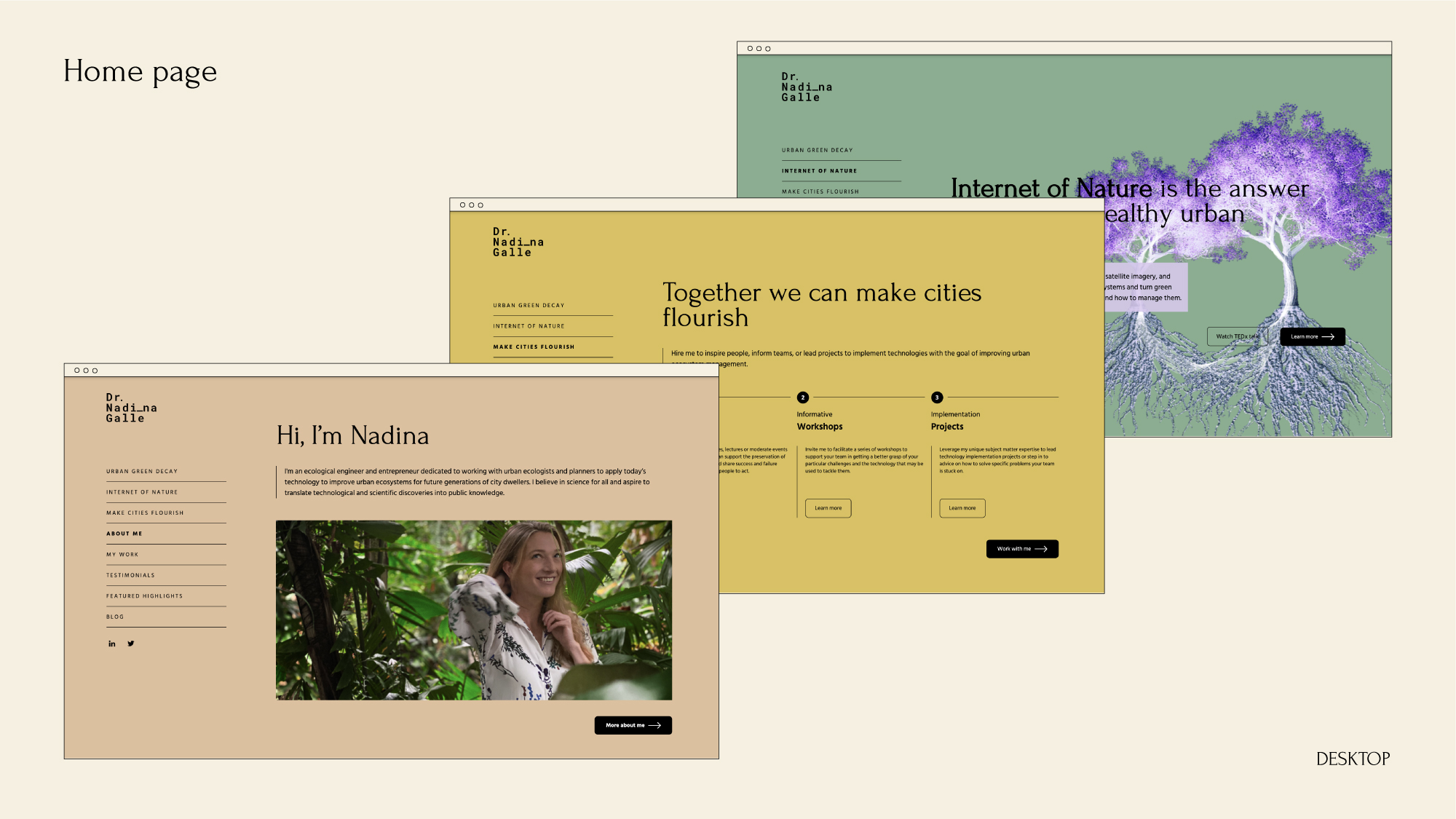 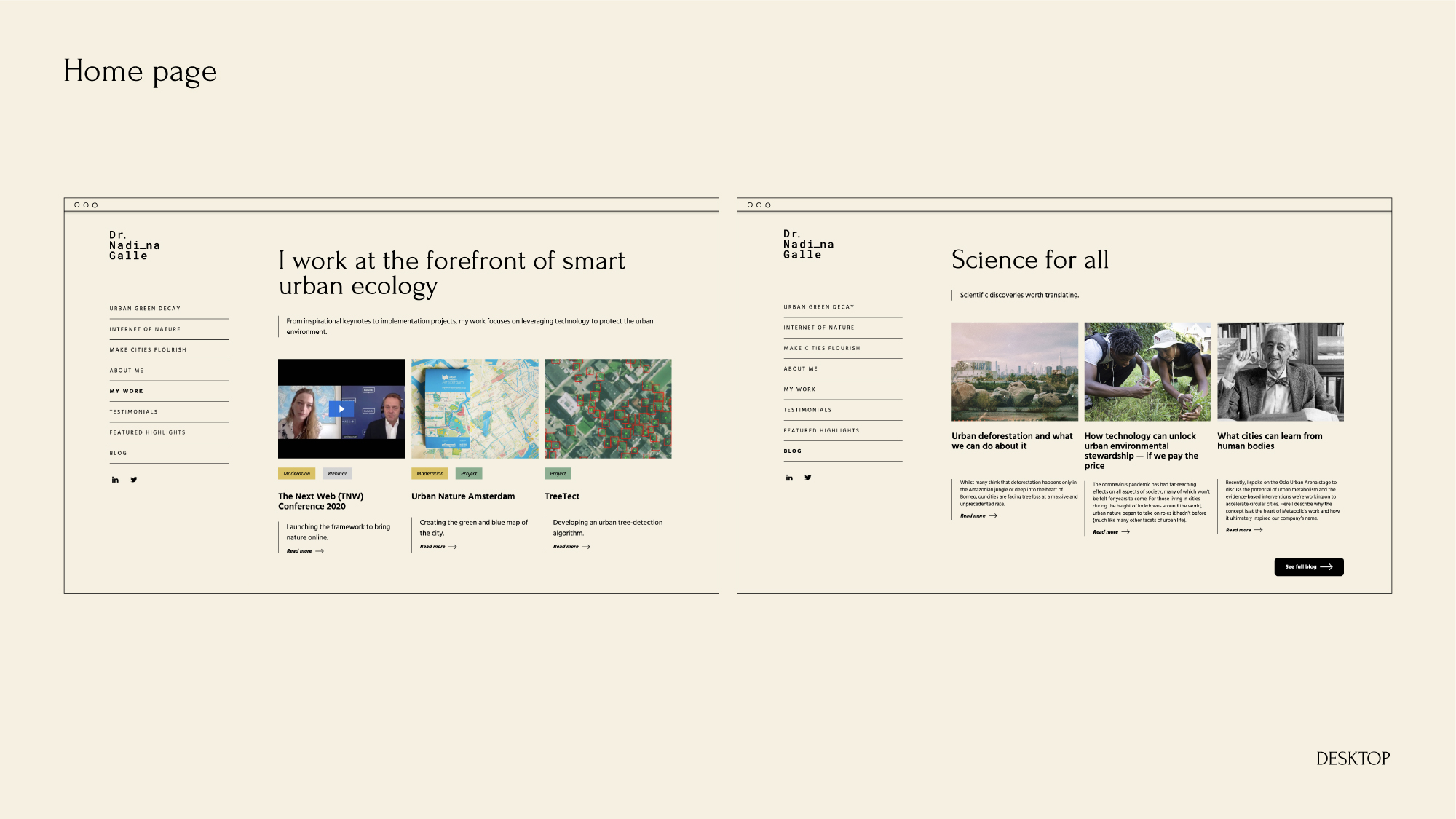 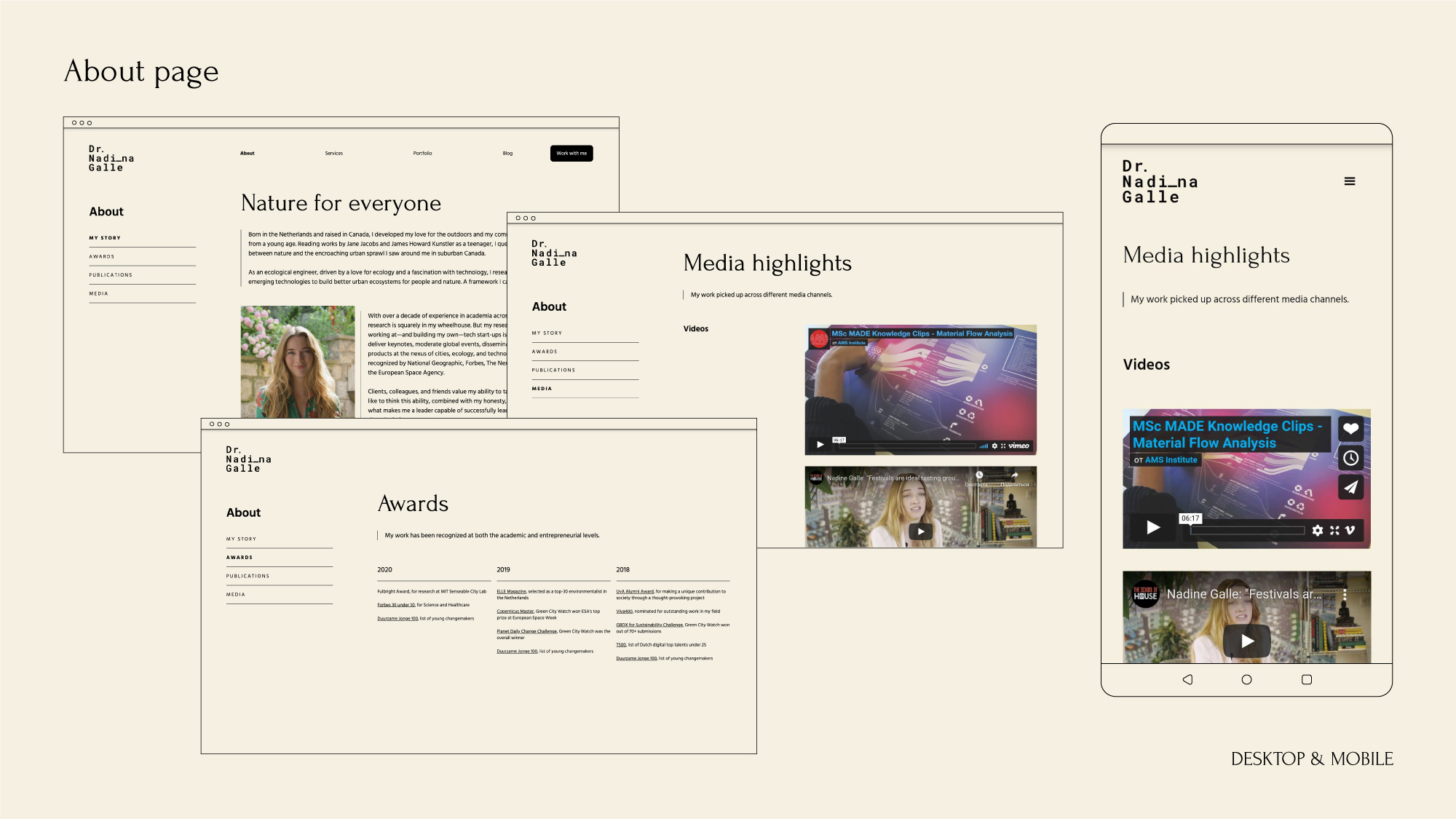 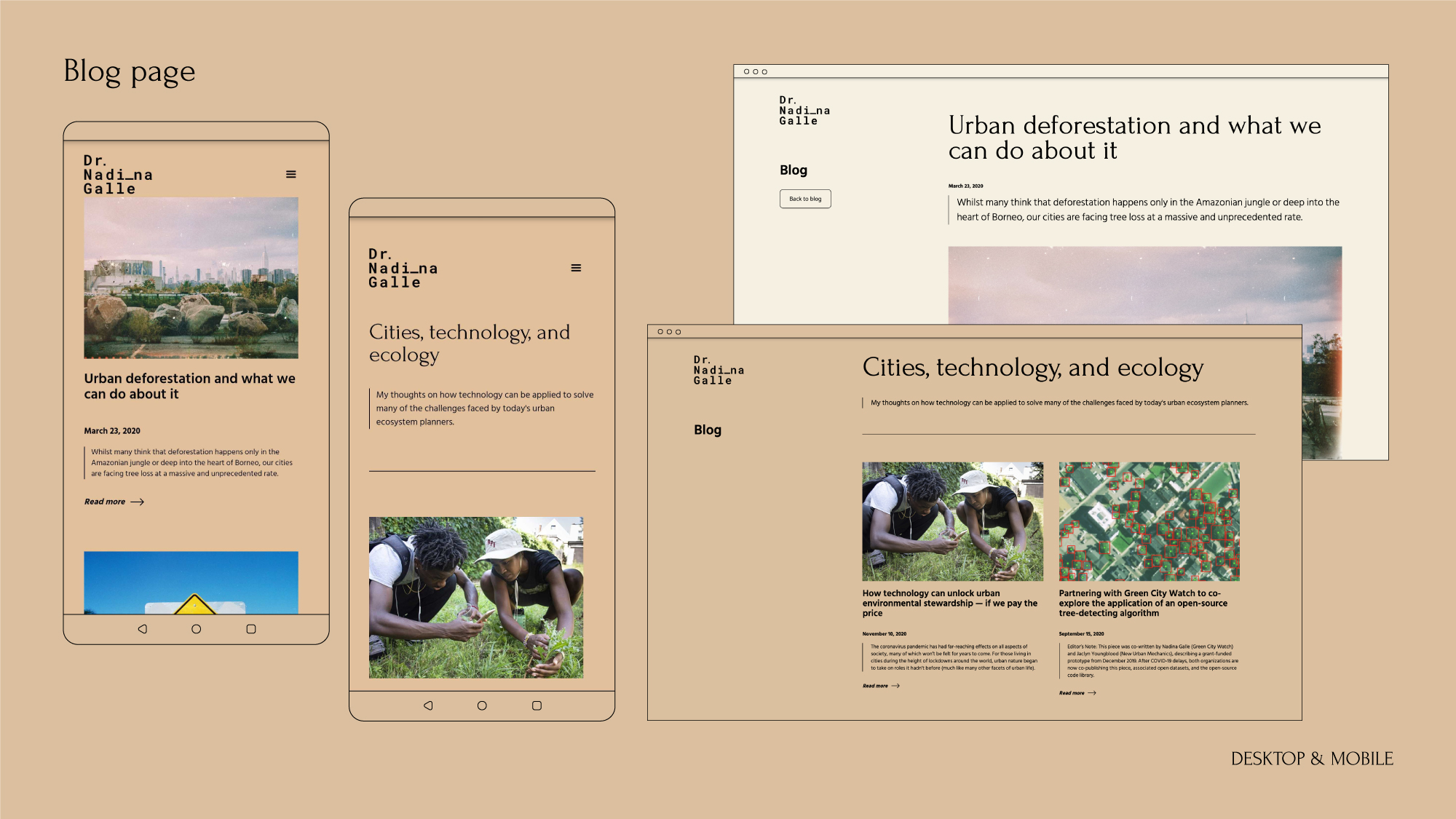 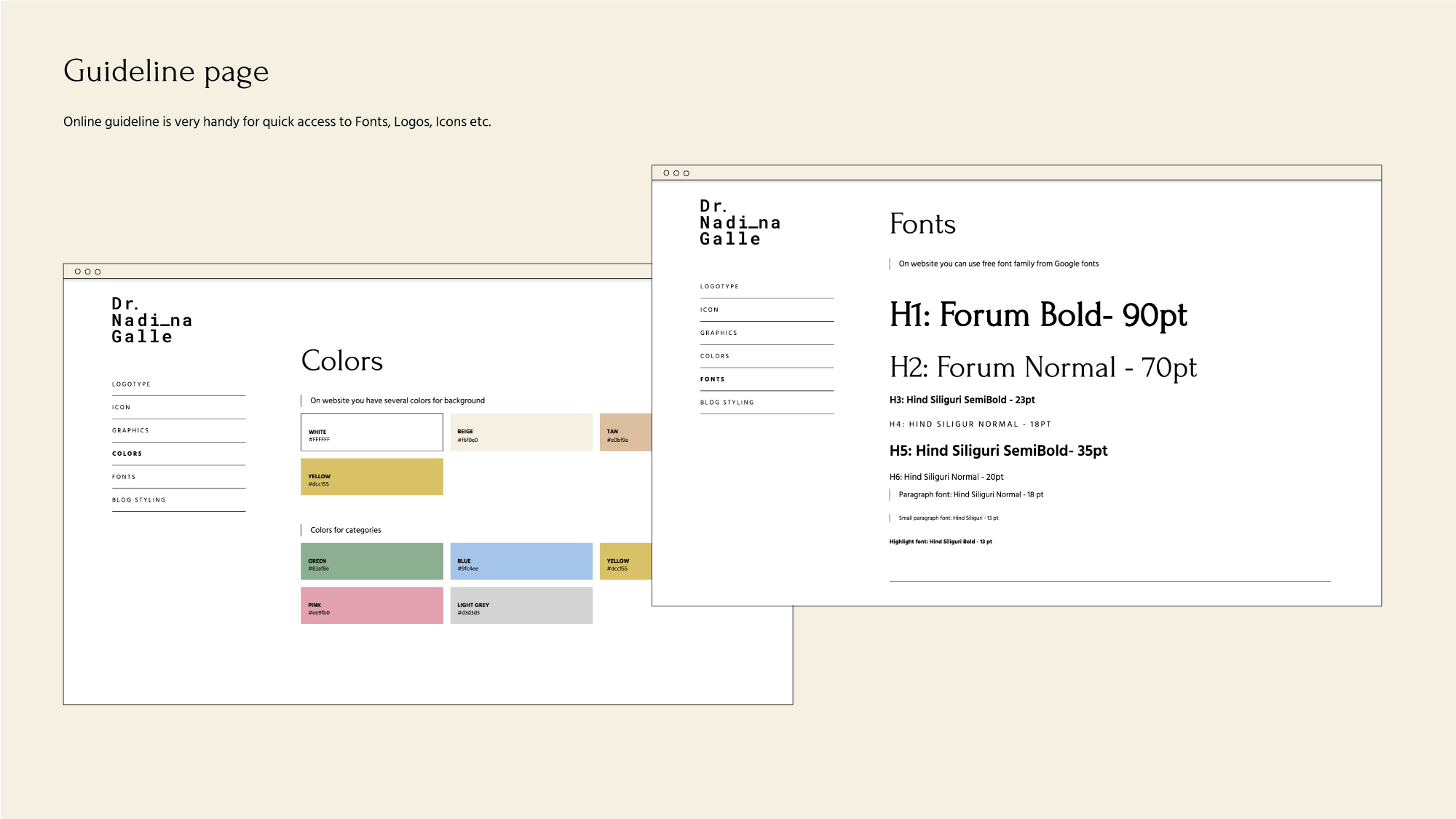 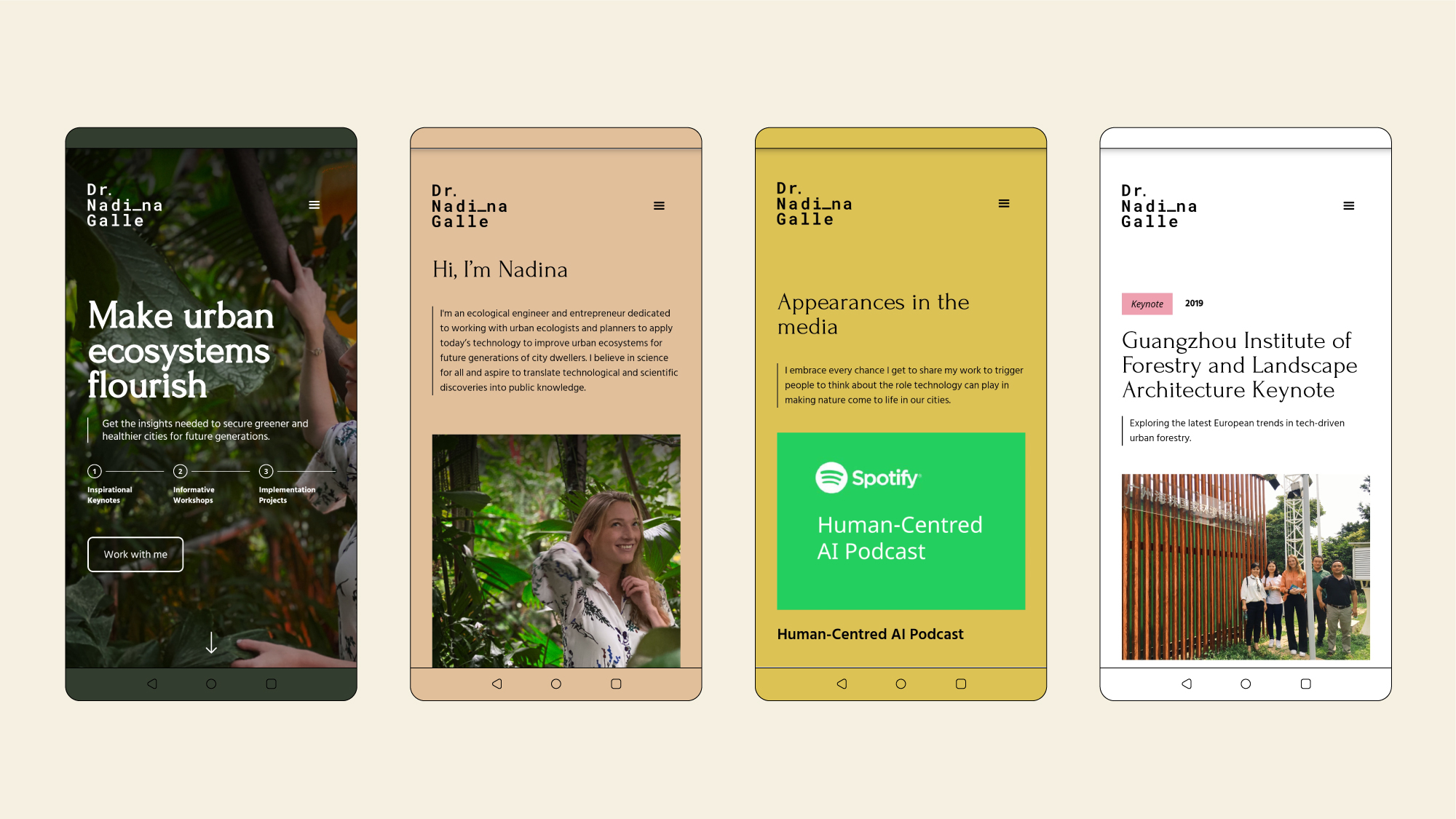 "After Maja and I honed in on the message I wanted to express, it was time to translate my personal brand into a powerful website. With Maja at the helm leading the strategy, copywriter Àngel was quick to understand my audience and wrote the website’s copy with ease. Designer Elena made all of my digital dreams come true: she was responsive, efficient, and incredibly receptive to feedback — something that’s hard to come by. Maja, Ángel, and Elena are experts in their respective fields and an absolute pleasure to work with."